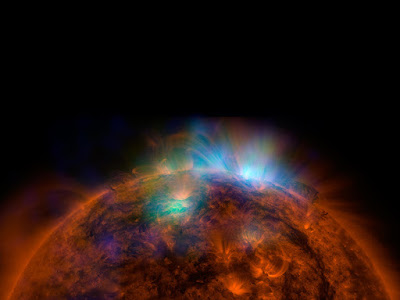 Journey Through the Solar System: The Sun

Do you ever wonder how the planets formed and why are they all so different?
Perhaps you want to know where comets and asteroids come from?

I hope you’ll join me for this special series, where I will be answering those very questions, and more.

There are many wonders out in the vast universe. So many, in fact, that I’ve been studying the cosmos for many years, and still learn something new every day. It is my hope that I can help you understand it better, too.

With that in mind, in the next several episodes, I will take you on a journey through our solar system, starting at the center.

Hit play and listen in as I teach you more about our very own star: the Sun. 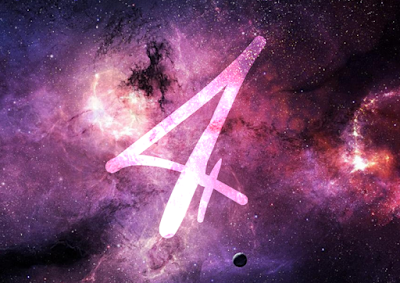 ALL over the news, lately: Facebook, CNN, Space.com, Bill Nye the Science Guy, and there is even a new show on the History channel called Unidentified that are all talking about these videos that have recently been released by the Government that were recorded by Navy pilots.

Learn more about my thoughts on this in my latest podcast!
at June 05, 2019 No comments:

Sol 145, or on the Earth calendar, April 24th, the NASA InSight Lander caught this striking image of a Martian sunrise! Taken around 5:30am local Martian time, this image is available as both “raw” and color-corrected. While you can see more detain in the raw version, the color-corrected more accurately shows how the human eye would see this stunning view.
Because Mars is farther away than the Earth is, the Sun only appears about two-thirds the size in the Martian sky compared to how we see it from home.

But this is not the first time InSight has captured this event. Its camera took practice shots of sunrise and sunset on March 2nd and 10th. And InSight is not the first lander to take such photos, either.

“It’s been a tradition for Mars missions to capture sunrises and sunsets,” says Justin Maki, InSight Science Team Co-Investigator and Imaging Lead at JPL. “With many of our primary imaging tasks complete, we decided to capture the sunrise and sunset as seen from another world.”

And indeed, the first mission to send back such images was Viking 1 on August 21, 1976. Then Viking 2 captured a sunrise on June 14, 1978. Since then, Spirit, Opportunity, and Curiosity have all captured pictures and video of both the sunrise and sunset on Mars.


Given the number of European partners involved in support and instrumentation for the InSight Lander, we can expect to see much more exciting science to come!

If you want to learn more about the InSight mission and those involved, you can do so by visiting their website.

NASA’s Taurus XL was due to launch the Orbiting Carbon Observatory (OCO) in 2009 and the Glory Mission in 2011. Sadly, both launches met with failures. The investigation into these failures has taken a few years to complete. But on April 30, 2019, NASA finally publicized its findings.

NASA Launch Services Program (LSP) investigation ended up involving NASA’s Office of the Inspector General, as well as the US Department of Justice (DOJ). The cause of the failures was found to result from faulty materials provided by aluminum manufacturer, Sapa Profiles, Inc (SPI). The DOJ’s effort resulted in the resolution of criminal charges and civil claims against SPI, which resulted in an agreement to pay $46million to the US Government and other commercial customers. This stems from uncovering a scheme by SPI that included falsifying thousands of certifications for aluminum extrusions to hundreds of customers.

“NASA relies on the integrity of our industry throughout the supply chain. While we do perform our own testing, NASA is not able to retest every single component. That is why we require and pay for certain components to be tested and certified by the supplier,” said Jim Norman, NASA’s Director for Launch Services. “When testing results are altered and certifications are provided falsely, missions fail. In our case, the Taurus XLs that failed for the OCO and Glory missions resulted in the loss of more than $700million, and years of people’s scientific work. It is critical that we are able to trust our industry to produce, test, and certify materials in accordance with the standards we require. In this case, our trust was severely violated.”

“Due in large part to the hard work and dedication of many highly motivated people in the NASA Launch Services program, we are able to close out the cause of two extremely disappointing launch vehicle failures and protect the government aerospace supply chain,” said Amanda Mitskevich, LSP Program Manager. “It has taken a long time to get here, involving years of investigation and testing, but as of today, it has been worth every minute, and I am extremely pleased with the entire team’s efforts.”
at May 09, 2019 No comments:

Mars 2020 engineers and technicians working to prepare the high-gain antenna for installation on the rover’s equipment deck. This antenna will be articulated so that it can point directly at Earth in order to uplink or downlink data and instructions.

JPL is working hard to complete construction of the Mars 2020 rover for the NASA Science Mission Directorate. JPL will also manage the operations of the rover once it lands on the Red Planet’s surface. 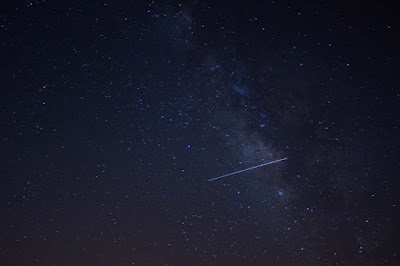 Tonight, is a good night to go outside to enjoy the annual Lyrid meteor shower! Though various sky-watching organizations have given different dates for the actual peak, if you go out and look up between tonight and April 23rd, you’re in for a treat.

The Lyrids are an annual meteor shower that happens every April as the Earth passes through the dusty trail left behind by comet Thatcher. This comet orbits the Sun about every 415 years and visited our cosmic neighborhood most recently in 1861. This particular meteor shower has been reported to have been observed as far back as 687 B.C.

Sky-watchers can expect to see roughly 18 meteors per hour. However, on occasion, the Lyrids have been known to produce outbursts of up to 100 meteors per hour, though the bright moon might make some of these difficult to see.

While you can see meteors no matter where in the sky you look, the radiant (seeming point of meteor origin) is just northeast of the bright star, Vega. And while you can see some meteors from the Southern Hemisphere, the Norther Hemisphere will have the best views since the radiant is still above the horizon before dawn in that half of the world.

Head outside and look east around 9pm-10pm local time, because that’s when the radiant will be above the horizon. Of course, the origin point will continue to climb in the sky throughout the night, so set up your lawn chairs for optimum comfort. If possible, try to find a nice dark area to observe from. While it is possible to use a nice set of binoculars, a telescope is not recommended. In fact, the best viewing comes from your own naked eye.

Want to see meteors with long, striking tails? Don’t focus all your viewing solely on the radiant. Look all over the sky! The meteors will be traveling as fast as 49km (30mi) per second and will shine about as bright as the stars in the Big Dipper.

So, dress appropriately for your area and go outside for the next few nights! Remember, you never know what you’ll see if you just keep your eyes to the skies!
at April 21, 2019 No comments: